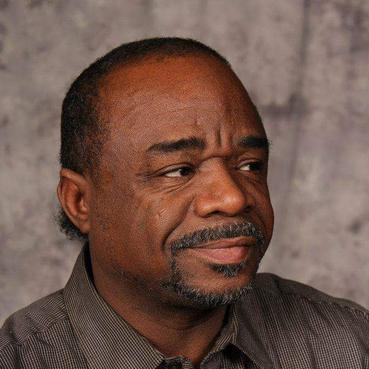 Dennis J. Sykes is a former President of the board of Directors of Buckham Alley Theatre.  He declined the opportunity for re-election due to personal reasons at that time. He is and currently the Treasurer. This puts him in charge of financial affairs for this esteem organization. Buckham Alley Theatre has existed in Flint for over 30 years now. As Treasurer he pays the incoming bills and ensures expenditures are reasonable and warranted.  He is also a former board member of Flint Community Players (FCP). While on the board of (FCP) he helped to enact policy and ensured that policies were implemented in accordance with board wishes. He also had the responsibility of writing grants to produce the winner as well solicit and choose a director. He was also Project Coordinator to ensure the proper execution of all grant line items and workshops included in any grant award, he organized and chose the instructors, directors and speakers involved in all PWF workshops and productions. He helped to spearhead this project from its infancy as the vice chair of this committee during the first two years of its birth at and is now its Chairman giving him experience in workshopping, directing, and producing previously unproduced works. Dennis has also written and coordinated several grants for original scripts in the area. Dennis has been doing theatre for over 40 years in Michigan, Illinois California and as a student in theater at the University of Maryland campus site in Geibelstadt Germany and the University of Michigan-Flint and a staff member of A.L. Efficacy Movement Inc. he brings experience that include chairmanship of Buckham Alley Theatres Playwright's Forum (PWF) for 19 of its 21 years. His duties as Chairman were to solicit original scripts from around the country, organize a committee to read those scripts and choose a winner for production; drama workshops directing and producing.

He also has a degree in Business Management from Mott Community College. He is a produced playwright and professional director. Dennis has directed numerous plays in and around the Genesee county area and is highly respected in the area as an artist. As director his primary responsibilities were to choose a cast schedule rehearsals and supervise actors to ensure that quality productions were enjoyed by all. He has been Project Advisor for the Martin Luther King Business District, during its developmental stages in charge of organizing, marketing and publicizing its events. He was invaluable in choosing the entertainment and advising its President on all events or proposed events. He was very instrumental in all its initial successes.

He has directed, acted, and coordinated the development of original works for stage, has managed numerous productions over the years in the capacity as Production Manager and Director.  He has been in charge of all facets of a shows production including helping to choose its directors. He is owner of ANN-LAR Enterprises, which provides entertainment, produces and coordinates the production of original staged works including additional writing if needed and producing established works, including promotions. He and his company has provided Business Consulting, Tax services, and previously sold Life Insurance as a licensed agent to potential clients in the area. He is a proven comedic and dramatic artist. He has also functioned as an assistant director of the in-house Comedy Improvisational Troupe the Back Alley Players. He has also been teaching theater to youth in the Flint area schools, Ebenezer Ministries, and The Amistad program at the Broome Center a local youth stipend after-school program for local teenagers. He has been a staff member of A.L. Efficacy Movement Inc. under Alde Lewis Jr. As a staff member he was an Instructor for Theatre Arts in its outreach Program.  He has been teaching theater professionally for over five years now and enjoys working in this craft especially helping aspiring youth to come in to contact with their dream to be on stage. He is very proficient in the craft he loves. He is currently working on another of his own scripts as well as a novel for publication while he continues his studies at the local University.