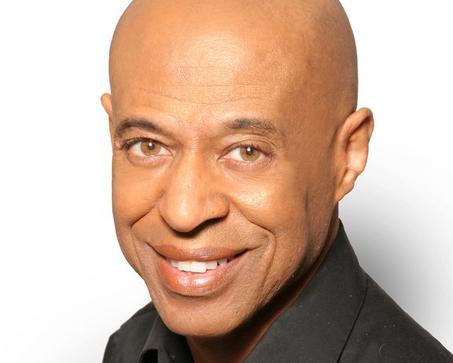 Mr. Lewis stops the show cold in the second act, when Billy comes to Mr. Magix for help with his romantic dilemmas."
-- New York Times here.

The A. L. Efficacy Movement Founder, Alde Lewis, has a passion for sports, Golf in particular, and The Fine Arts. Having initially performed concert dance as a professional with Dianne McIntyre’s Sounds in Motion Dance Company and as a guest artist wherever the legendary Tally Beatty was choreographing commissioned projects, commercial theatre came calling. Ironically, it was Tally Beatty who called Mr Lewis for an off-off Broadway production of “Louis” (Armstrong) and a regional Pre-Broadway Production of “Mahaliah!” to set the stage for the directional path of his career. Going on to star in Cab Calloway’s “Cotton Revue Revisited” national tour Mr Lewis turned to Broadway when casted as one of the Black male chorus dancer in the original production of “My One and Only”. Consequently, the Film “The Cotton Club” came on the docket. Then Bob Fosse’s office called without an audition needed to see of his interest in portraying the role of “Otis” in the last original production of Bob Fosse's life…The Broadway Show “Big Deal.” Later in his life’s journey a request of a performance at Carnegie Hall was part of that path taken. In the mist of his journey Mr. Lewis encountered his mentor for the Broadway scene. It started with becoming a first place winner of the Wednesday’s Amatuer Night contest at the famous Apollo Theater. It was none other than the Greatest of Tap Dancers, Charles “Honi” Coles. In 2003 as a means to give back to the community Mr. Lewis created a nonprofit that would encompass his diverse passions. In so being, here we are moving with great tempo bringing forth the fruit of the labor of love for each.​