Years ago at the Rialto theatre in Jamaica West Indies, Jeff saw his first movie, titled One Potato, Two Potato  the story of a white family in crisis, held together by the nanny of the children, a woman who happened to be African American. He admired the talent, class and sophistication of the woman portraying this character, and turned to his mom and said, “That’s what I want to do when I grow up, be an actor, and be as good as that woman”.

Years later he auditioned for the Urban Arts Corps who was casting for their current production “Play Mas” by Mustapha Matura, the role was a dancing witch doctor in a grass skirt and he should be a west Indian, who can sing, dance, and act. He landed the role and was on his way persuing his dream under the guidance of the artistic director of  the UAC. Four Broadway shows and countless regional shows later, he realized that his mentor and director of the Urban Arts Corps was the same actress he saw years earlier in the movie “One Potato Two Potato”  Ms. Vinette Carroll, the first African American woman, director and producer on Broadway. He’s since done many movies for the screen, “Predator II” “Marked For Death” “Don’t Be A Menace” “Only the Strong” to name a few,  and numerous guest spots for television including series lead roles in “Hudson Street” for ABC and “Union Square” for NBC and other series lead roles for the major television networks. A director of numerous productions on and off Broadway. He recently directed and  premiered “Speak Of Me As I Am” the story of Paul Robeson, with K.B. Solomon for the North Carolina Black Theatre Festival to rave reviews, and is now touring. He is the artistic director for The Caribbean American Repertory Theatre, West, www.cartwest.com, and is currently in pre-production for two films. He is an actor/director/father and teacher of voice and articulation, and curates Target Sunday for the California African American Museum. His face is most recognizable in Michael Jackson’s “Black or White” video, where he was morphed into posterity. 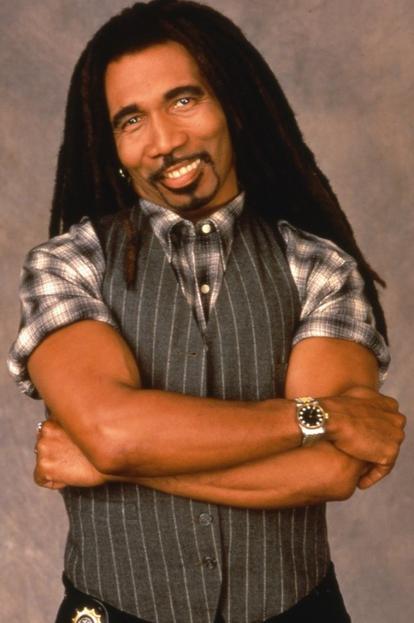