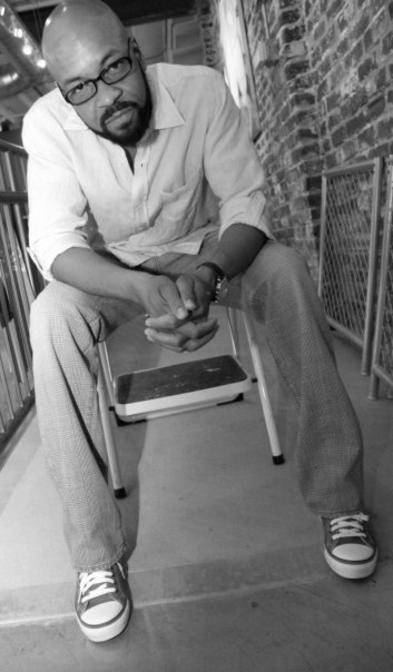 Ron Manager, also known as “FocusATL” has been living vicariously for some time as a Poet, MC, Promoter and as a full-time Project Manager/Consultant. He started writing short stories and song lyrics during his senior year of high school in his hometown of Flint, Michigan. This is where he began to explore his creative writing skills and hone his lyrical improvisation as a Spoken Word Artist.

He released his first project in 2005 entitled, "Zoned Out The Box.” It’s a live experimental poetry/jazz performance at the legendary Ketch-a-Vibe jam sessions in Atlanta, GA. He released his first official full-length CD recording “The F.O.C Experience” in 2011. He is currently promoting his latest CD release entitled “A Better Tomorrow” which is soon to be followed by his first published book of Poetry, Song Lyrics, and Short Stories.

He credits his childhood for bringing his musical inspirations into view. He says, "My family’s love of music planted the seed in me. My Grandmother's house is where relatives and friends of the family always got together, and there would always be soul music playing around the house day and night. I noticed how the energy in the room would change when their favorite tunes would be playing, I actually saw the music move and transform them. That same type of energy moves me when I perform live. It's like a spiritual wave that hits me, kinda like an alter call at Church."

FocusATL also says: “I prefer performing live with a band, in fact my roots of performing has always been with bands. It's like a spiritual calling. I just let my soul flow with the music, I explore the vibe, and then I transform the feeling into words. And those words tend come out as Poetry thanks to The Most High. This music is not just for me, it's for communities all over the world. It’s not just music to listen to for the beat, it’s a lyrical experience as well. It’s primarily the type of music that you can groove to, but with lyrics that inspire people towards positivity, good vibes and a mindset that you can live your life by. Listen to the poetry and the content of each song. It's all there. It's me having faith and letting the spirit guide me, which is what makes each live performance unique, improvisational and entertaining to audiences big and small. Overall, I want people who enjoy my music to GROW, let the spirit move them, and enjoy the feeling.”

FocusATL has truly enjoyed his artist career and plans to continue his creative writing and spoken word performances, while working as a project manager and consultant to support those that want to make a positive impact all over the world.