A contemporary modern jazz dance soft-shoe tribute to the legendary tap performers of old. It's a recreated adaptation of the famous piece originally performed by Sammy Davis, Jr. in the 1970's. Choreographed and to be performed by Alde Lewis.

"Me and My Shadow"
A direct solo tribute to Sammy Davis, Jr. and the song and dance man acts of the vaudeville era. Choreographed and to be performed by Alde Lewis.

"Honi"
A solo work to give homage to my inspiration and motivation to Tap...my mentor and counselor to the commercial world of show business...Charles "Honi" Coles. Choreographed and to be performed by Alde Lewis Jr.

"A Gift"
A work to pay tribute to mothers everywhere. The internal strifes to bring clarity into their own minds and their children's lives with all the love that only a mother can give.
Choreography by Alde Lewis Jr.
To be performed by Yusha-Marie Sorzano and N'tifafa Akoko Tete-Rosenthal

"Providence"
A work that exhibits the action and reaction of lives that for some reason or another are intertwined for a moment in time not of their own choosing that causes an internal reaction due to that moment of intersection. The dance actions will be a created use of movement that will signify a relationship that represents the history of black dance in America from African to slave dances of juba ect...all the way to hip hop. The reactions themselves will then need to be analyzed as to why... This piece will have options to be performed as collaboration with educational institution participants that have dance or theatre offerings.
Choreography by Alde Lewis Jr, in collaboration with company dance members.

Paying tribute to the history of the Buffalo Soldiers jazz bands and performers.

"Dee’s Days of Tap Dancing in Time"
Performance Date: TBA
(MATCH Theater)
A story that capture’s the Life and Times of a mentor to protégé and the results planted by the seed of inspiration. You follow the relationship of a mentor and a self motivated and gifted student. It will offer the stories behind the building of their relationship told through flashbacks, dance, storytelling and song; The separation that occurs and it’s reconciliation. The Protege comes to understand the power and spirit of his mentor’s purpose of being in and affecting his life’s directional change for the better. Through this labor of love you come to witness the sowing, cultivation, and the harvest from that which is of good soil. The protege becomes a mentor.
Created and Conceived by Alde Lewis.

"It may be the best of all the Sundance film festivals winners."
--Armond White New York Press
The film is based on the true story of Douglas Street, a black salesman who posed as a Detroit lawyer, a Time reporter, a French exchange student and a Harvard-educated surgeon until the law caught up with him.

​"Speak Of Me As I Am"-Paul Robeson
Director: Jeffrey Anderson-Gunter

Actor and Playwright: KB Solomon
Date: TBA
Paul Robeson -20th Century Renaissance man, a hero in any century who fell into political disfavor, blacklisting and then non-personhood because he refused to remain silent about the economic and racial inequities in the world. Robeson's story is an important and particularly American tale. Today, that paradigm has changed. If music is the universal language, then Paul Robeson was its soul filled accent.

Our Fundraiser is in full swing as we seek to launch the ability to have our works as well as other creative content producer's works exposed through our own distribution network capabilities. One can only survive in times such as this through innovative and creative means. Please help us succeed in this most significant endeavor.

​Looking for an opportunity to become a sponsor or a donor? This is it! Through your support programs such as Dance,  Theatre and Golf will be able to thrive with a sole purpose of impacting the community it serves. Levels of scholarships to youth participants are goals set to help fray the cost for participation. ​​​ 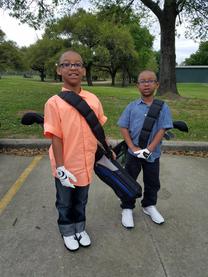